We’ve been visiting Sri Lanka for Ayurveda treatments for about twenty years, mostly over the Christmas period to avoid the European winter. Occasionally, we’d go to other places. In 2004 we decided to go to Western Australia instead of to Paragon, our Ayurveda oasis close to Galle on the South coast of Sri Lanka.

On December 26, 2004 the Sumatra-Andaman earthquake occurred setting off a series of massive tsunamis.

We were travelling down the West coast of Australia from Perth to Margaret River when our mobile phones pinged and pinged again. Messages from home. Where were we? Were we OK?

Paragon stands on the coast with a beautiful garden full of palm trees and a lagoon which protects bathers from the tides. 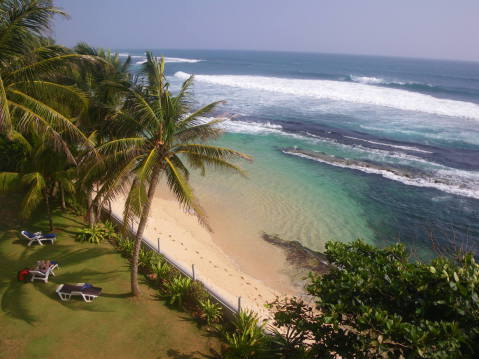 A tsunami rolled over the coast killing people in the hotel and further inland. In the Galle region there were more than 39,000 victims. People lost family, friends, neighbours, and their livelihoods.

When we eventually returned to Sri Lanka our Ayurveda advisor, Dr. Buddhike, had with the support of the Paragon management, set up a charity, Sahana Seva, to support the children of families who had lost almost everything, later an orphanage in Galle.

We now have seven ‘godchildren’ from three families. Our first who was five when we started is now sixteen. 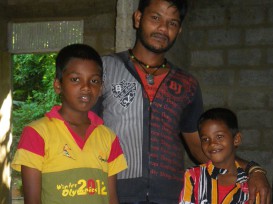 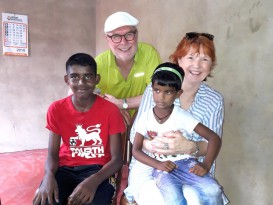 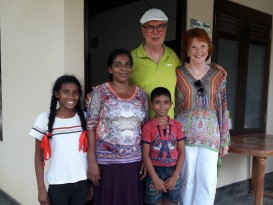 Today it’s Covid which prevents us from visiting our friends and their children. The virus is rampant on the island. The lockdowns also prevent the parents from working. One father is a tuktuk driver, one a watchman at a factory and one mother makes simple clothes to sell locally. The support we provide now buys food and in one case medicines for the families as well as the extracurricular needs of the children.

When we were small, mobile libraries came to our villages. Books opened the doors to new and fascinating worlds. In Sri Lanka children go to Sunday school in their temple. In Dr Buddhike's local temple there were no books. Long ago storytellers went from village to village and mesmerized their listeners with fantastic tales. Today, we can’t imagine a world without books.

Together with Dr. Buddhike we have set up a small library in the Kettarama temple for children. Since there is always nearly 100% humidity the first requirement was for special cupboards…and then the books. 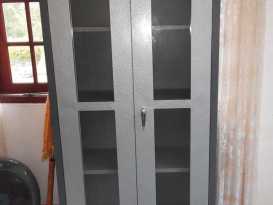 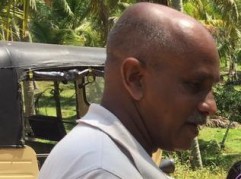 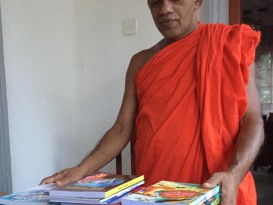 We hope we will be able to visit our friends again soon but until then will continue to support them and the development of the library from here.

‘Henry’s Tale’ will soon be on its way to another library project. Katie Zehr (Twitter @KateMZehr20) is starting a Little Library in her small village in upstate NYS. In Lewis County NY-Castorland.

You can get in touch with Katie via Twitter. If you're a writer she'd love to have one of your books for her library.

The Corona virus is a bitch, and for various reasons we have to limit our contacts. Cooking is a great way to relax so it's a real bonus being able to create something which, every day, provides a little pleasure.

Mozarella and tomato salad with basil 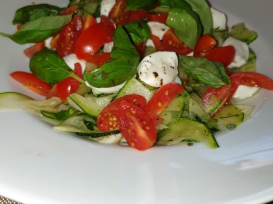 Shepherd's pie with celeriac instead of potatoes 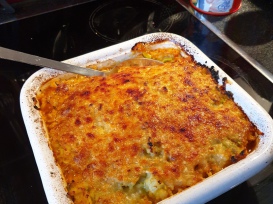 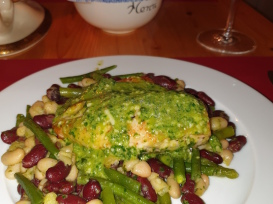 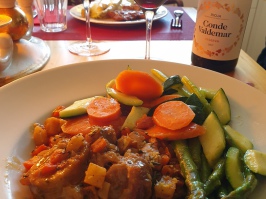 Chicken in cream sauce with broccoli 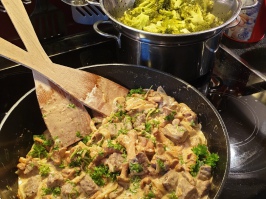 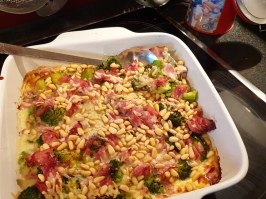 I learnt to cook at my mother's knee and seriously considered doing it professionally and then...well you can see what happened here...

I wrote my first two books, Sacrificing Starlight and Henry’s Tale, for my dad. My dad was a hero. Lloyd George said he’d build ‘Homes fit for Heroes’ after the war to end all wars. My dad served in the next one. When he got home the house was there. Three up, two down and windowpanes so thin there was ice on them in winter; on the inside. We heated the water with a coke-fired boiler and had a coal shed, next to the downstairs loo, where once a fortnight the coalman tipped anthracite out of heavy, black sacks which he carried on his back down the path from his lorry. In winter we were scrubbed in a zinc bath in front of the kitchen boiler. The milkman left milk in glass bottles on the shiny, red doorstep and the baker delivered fresh bread every day. The butcher came once a week and took the order for the next.

Dad served in the Royal Air Force in the war. He was stationed in Alexandria. He acquired hero status by flogging stuff from the military stores to the locals. I don’t think the air chief marshal was in on the deal. 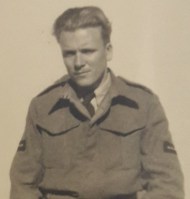 There were twelve houses in our street; the front doors always open. Most of the dads were ex-RAF. There was never any money left over so they all kept kitchen gardens. Help was only across the fence if you needed a spade or a dibber.

There must be something about war which suddenly produces loads of kids. By 1958 we could have fielded two cricket teams and both umpires. We played in the street; in those days there were hardly any cars. The offside was a bit short which meant risking neurotic John’s roses and our only tennis ball with a square cut.

I have an elder brother so I was eleven before I got my own trousers and twelve before, one magical Sunday morning, we went to Middlesex market with Uncle Tom and bought a second-hand bike; my Gresham Flyer. Uncle Tom knew a man who knew a man; you get the gist.

This isn’t poor. This is rich. Coming from not having much makes you angry when you see how much of life is wasted.

To convince my parents I wasn’t going to starve when they were no longer around to feed me I took the academic route, following the holy grail of ‘career’; grammar school, university, a poorly-paid job in pharmaceutical research; a lost love, growing disquiet.

Then I gave it all up and emigrated to South Africa; a new start, better prospects, apartheid. The perfect place for a young man who cut his teeth on the rules of working class equality. After playing in a mixed-race football match I had a visit from a black officer from the feared Bureau of State Security, who alluded to the various disappearing acts the South African government could perform without the use of a rabbit or a top hat.

Being far away from wherever or whatever doesn’t solve your problems; you always take your baggage with you; more disquiet.

When in 1977 the shit hit the fan, I left them to their civil war, took my cash and did a PhD at an elite London college. Post Docs in Switzerland and France, twenty years in the oil industry, more disquiet, president of an international trade association with headquarters in Brussels, trying to balance industry and politics, extreme disquiet, until the day came when life raised its voice and I had no choice but to listen.

When I came out of the stroke unit, physically unscathed, the world I knew had disappeared. So I left it where it was; end of career.

We bought a Border terrier puppy, Henry, whose job it was to get me out and about again, which he did. Between him looking after me and me looking after him I started writing.

After twenty How To books and two years struggling in an online literature group I discovered Stephen King’s On Writing; my bible. In one of my notebooks, overflowing with impressions, I had a story. I’d been on a bike tour and my last night was in a B & B where the landlady greeted me with tea and her life story, which culminated with her son committing suicide when he was twenty years old, twenty-five years previously.

So I asked the King question: what would happen if… this lady kept travellers prisoner as a replacement for her lost boy? I also used the King method; no plotting, because if I know what’s going to happen on the next page then the reader will soon work it out. You just put a couple of characters on the paper, they decide what happens and you write down what they do. Yes, it works.

I moved the scene from my B & B in Essex to Cornwall, where I had lived for one year; lonely moors and a wild coastline, where Mavis Penrose keeps Danny Parish, a young man on a bike tour, prisoner in a disused tin mine under her B & B. When Danny hears noises he thinks they are rats. They are small children. And so, Danny tapped into my abhorrence of child abuse. There is no greater crime than destroying a child. With the help of my brilliant editor Helen Baggott, the original 150,000 words were distilled down to 76,000 and produced Sacrificing Starlight.

Sacrificing Starlight is not for the faint hearted. It was exhausting to write so the next book had to be something lighter.

I have learned a lot from, my little Border terrier during the last ten years. Dad would have loved him too. 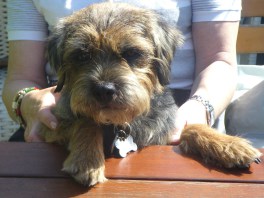 So the next question was, what do dogs think of us? A light-hearted poke at the ‘must have’ society. An Amazon review: ‘…it kept me turning the pages right to the ending, a very satisfactory ending in which the good are rewarded and Henry's horrible mama is left lamenting.’

Should I stick to one genre and churn out mechanical stories which get reviews like – except this time he's produced a book that hardly moves said storyline along?

Give a dog a home? 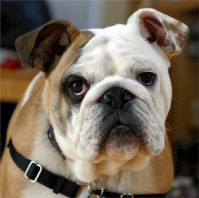 Image by skeeze from Pixabay

Henry dropped his tail between his legs and sloped off towards the broken board in the fence. Halfway down the hill he looked back and watched as Bully curled himself up in a cardboard box.

He eased himself through the ragged planks and dawdled down the path to the end of the park. At the corner he peeked through a loose slat one more time. Bully hadn't moved. A deep draught of air came out of his small body as if it was his last. He was already in trouble but he desperately wanted to run back and curl up beside his new friend.

Will Bully survive? Can little Henry help him? You can find out here.